The Commotion project has pilot networks in Detroit, Red Hook and has built event networks at conferences such as the Allied Media Conference, National Conference for Media Reform, and International Summit for Community Wireless Networks.

The Open Technology Institute traveled to Dharamshala, India in June 2013 for the first international Commotion Wireless workshop. Working with our local hosting partner AirJaldi, we convened over a dozen community technologists from across India and Nepal in the town nestled in the foothills of the Himalayas to get their feedback on OTI’s Commotion mesh technology. The workshop was an opportunity to strengthen not only the recent Developer Release 1.1 of the software, but also a global network of technology designers, implementers, and users who see users and communities as the prime source of innovation in information and communications technology. 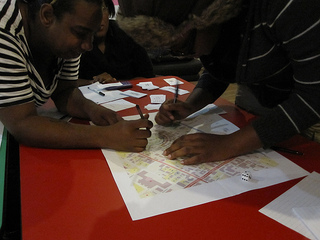 Open Technology Institute (OTI) is actively working on a 20 node test network in the Cass Corridor section of Detroit, Michigan.

Additionally, OTI is working with local organizations to develop a training program for wireless engineering and installation, which will make use of the network as an open air classroom. The prototype Commotion network connects low-income apartment buildings, community centers, churches and businesses in the Cass Corridor, with ties to similar networks in the North Corktown and 48217 neighborhoods. 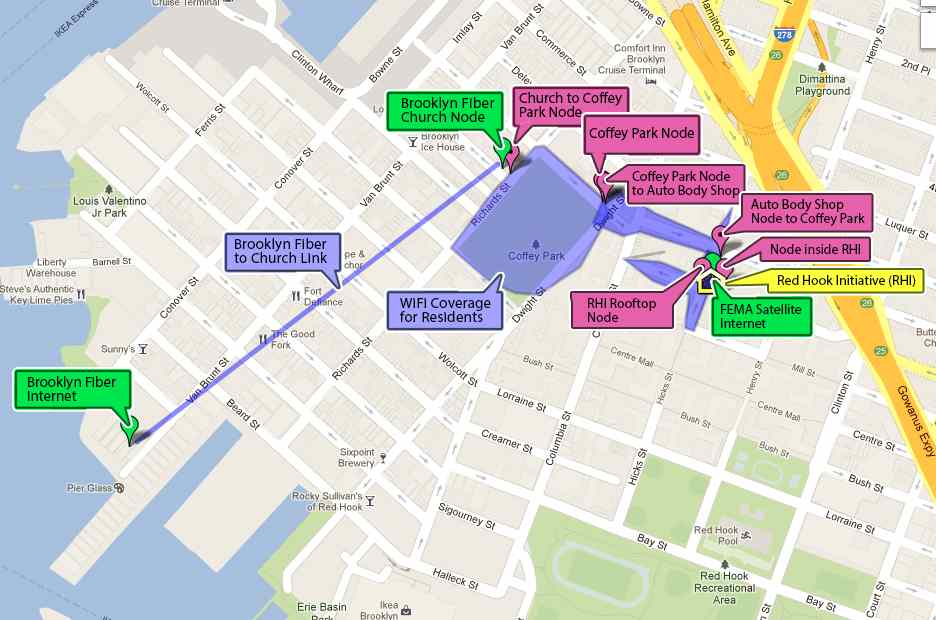 Red Hook Initiative WiFi is a collaboratively designed mesh network. It provides Internet access to the Red Hook section of Brooklyn, NY, and serves as a platform for developing local applications and services. Red Hook Initiative has built the network in partnership with the Open Technology Institute, putting human-centered design and community engagement at the core of the project. The community expanded the network significantly following a natural disaster in Fall 2012. 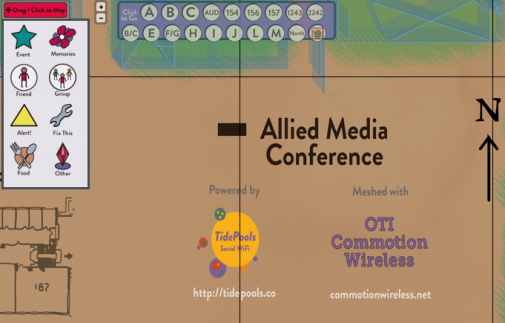 Since 1999, the Allied Media Conference (AMC) has gathered an array of community organizers, activists, technologists, artists, educators, policy wonks and others to collaboratively design and explore media-based strategies for transformative social movements. The 2012 and 2013 conferences provided an opportunity to test Commotion in an indoor conference setting with hundreds of simultaneous users.

Seeking to expand the connective and interactive potential of the conference, the Open Technology Institute works with conference organizers from Allied Media Projects to install a wireless mesh network, providing conference attendees with improved Internet access and a suite of collaborative local applications and resources. The mesh network, MagicNet, successfully provides network access and interactive tools to hundreds of attendees over four days throughout the conference facilities.

The first IS4CWN in 2004 launched what is now called the community broadband movement. Conversations and collaborations at the 2010 Summit in Vienna, Austria gave rise to two new multi-million dollar initiatives, the Commotion Wireless Project and CONFINE. Both partnerships focus on the development of next-generation community networking technologies. Commotion and CONFINE have received major grants from the United States and the European Union, respectively, to convene partners from around the globe. With its strong focus on social justice and human rights, IS4CWN brings together participants not just from these projects in the US and the EU but panelists from the developing world who are interested in building and expanding community wireless networks in their own countries.

Recently, many communities have been exploring using Commotion for their wireless networks. Contact us if you'd like to get connected to some of these groups.

Many community wireless networks, running Commotion and other mesh software, can be found on this Wikipedia page. We encourage networks to add themselves to that list as well!